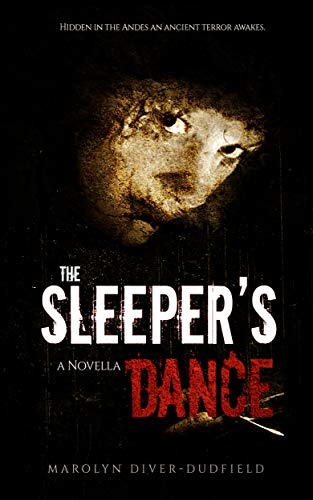 Book: The Sleeper's Dance - A Novella by Mouse Diver-Dudfield

about this book: 1874 - When a famous British explorer in search of a lost Incan city unleashes an ancient plague of the undead, his expedition team is put in mortal peril and must fight to contain and destroy it before it escapes the Cotahuasi Valley and wreaks havoc on the world.

This novella manifested itself from the notes I had written for another zombie novel. That one was based around a virus onboard an immigration ship on its way to New Zealand in 1876. In deciding how the undead virus came about I got caught up in its back-story and realised the story of the famed explorer, Rupert Mendenhall, and his team in Peru could be a stand along novella on its own and offered an enticing taste of what was to come.

Written in first person, I wanted the novella to come across like an old journal or perhaps the Victorian version of a "Found Footage" horror. I also wanted to give it the feel of a real adventure story, the kind that used to be published in National Geographic or in weekly columns of reputable newspapers of old.