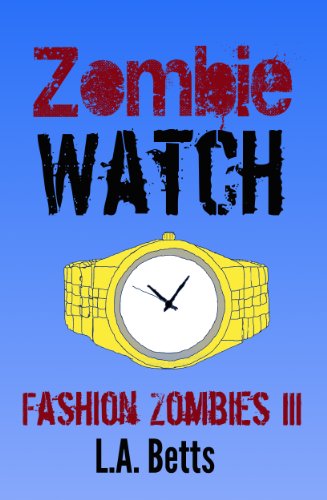 about this book: The group finds it necessary to break up to continue their search. Latoya and Kara go to Washington DC where they find the nation's capital in ruins. Pursued by new faster moving zombies, they meet up with a helicopter pilot who is also looking for the people behind the evil plot to destroy the world's population with this deadly virus. Will they ever find the person who is responsible?

Ruby Sheraton has been falsely accused of conspiring in a terrorist plot against the nation. Determined to clear her name, she and Phil go to MacDill Air Force Base looking for evidence that she was set up. Around the base a battle is raging between military forces and hordes of zombies. Will the zombies win? Will Ruby ever prove her innocence?

The final installment in Fashion Zombies brings everything that has happened in the previous books to a conclusion. The stakes are high, but our group of unwitting heroes remains determined not to give up. Join them in their last battle to reclaim the planet from the zombie masses.