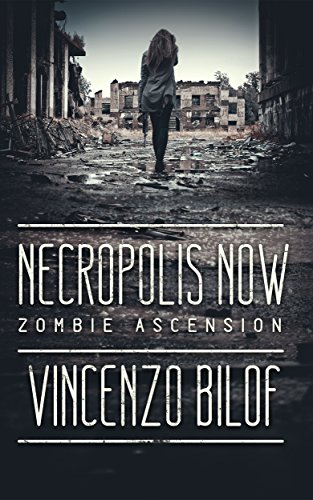 about this book: A mercenary, arms dealer, porn star, and serial killer endure the zombie outbreak that brings the city of Detroit to its knees. A murderer and former Delta Force commando, Jim Traverse, holds the secret to the violent epidemic, and his lust for the "artistry" of bloodshed inspires a terrible quest for genocide. An elite cadre of mercenaries which includes the haunted, battle-tested woman Amparo Vega, must fight through the fiery streets of a dying city that is crowded with the zombie menace; if they find Traverse in time, they might be able to prevent the terror from becoming global.

• What inspired you to write this book?
The concept for the book was inspired by the idea of "damnation." I wanted to write a book about characters who are looking for personal redemption, and the zombie component highlights both the violence in the characters' lives and their own flaws, which may prevent them from surviving. Most of the scenes were imagined through my own dreams and character direction; the characters themselves directed most of the story's plot.

• How did you come up with the title?
The book takes place in Detroit, a large city that is being devoured both by the populace which responds to the zombie outbreak with violence, and the hungry dead. The title is a reference to a city of the dead, or a dead city.

• What was the hardest part of writing your book?
For this book I wanted to provide a cast that would eventually meet, and I wanted to show the apocalyptic scenario through varying perspectives. People who've read George R. R. Martin's fantasy series may be familiar with the perspective-switching, and fans of David Moody's "Hater" book or "World War Z" will be familiar with the idea of different character perspectives. The only challenge was realizing that some of my characters couldn't be saved, no matter how much I wanted them to live…

• Did you do research for your book? What did that involve?
I researched military strategy, vehicles, and weaponry. I drew on a variety of resources, including several of my own personal connections to the military.

• What do you want to say to your readers?
If you want lots of gore, zombies, and action, this is the book for you!