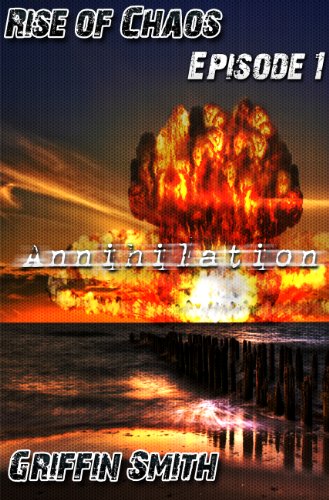 about this book: The Post Apocalyptic Blockbuster series Rise of Chaos is here.

Join Mason and his band of survivors fight their way through the zombie like annihilation plague. After the United States crumbles under the chaos from the outbreak, our enemies in the middle east have risen up and formed the League of Islam.

They have attacked us with nuclear weapons and plan to colonize any inhabitable regions that remain. They have made the infected into their shock troops for their invasion plans.

If you like the walking dead and you need something to fill the void, Rise of Chaos will entertain, frighten and enthrall you.

Here are what the reviewers are saying:

• "Smith pulls his story right from our own headlines which is scary enough, but what is even more frightening, is that Smiths story may prove to read as a non fiction guide in the near future."

• "The first 3 words that come to mind when reading Rise of Chaos are Gritty. Gripping and Tense. Rise of Chaos is a novelette of sorts ( small chapter books published in a series) but it is not light reading at all."