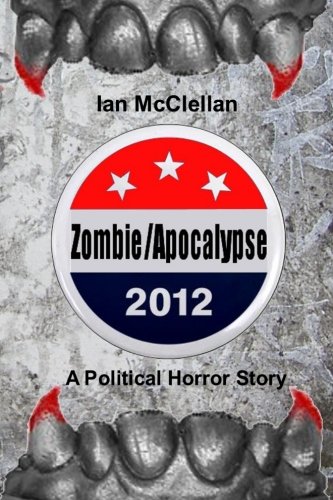 about this book: Don't let the zombie part scare you- this book is really funny. There are horror elements to it, and a good amount of carnage, but it is mostly political/social satire. It focuses on one man trying to survive during the first week of the apocalypse and his growing disgust with the way the media and politicians keep throwing more dirt on our collective coffin when they should be pulling us out of the hole. The book is not partisan. There is plenty of blame to go around, and everyone takes it on the chin.

If you're looking for a different take on the zombie apocalypse theme from the point of view of a regular guy (the main character is an unemployed factory worker- the author is a truck driver) you'll enjoy this book. If you're tired of extremists, zealots, the two American political parties, and the media who act more like referees of their bickering than the 'fourth branch' that they are supposed to be, you'll really love Zombie/Apocalypse 2012: A Political Horror Story.