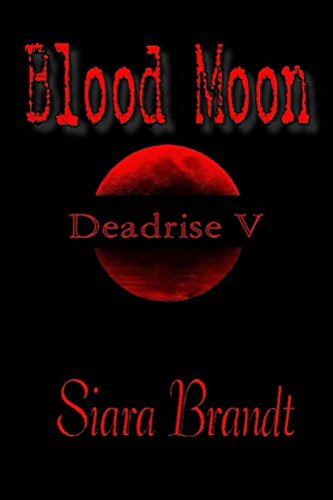 about this book: Blood Moon is the fifth book in the Deadrise series. A new set of characters tries to survive in a plague-ravaged world where the undead voraciously hunt the living. (In addition, find out what happened to a character who first appeared in a previous book. You will recognize him from his shoes.)

Civilized society has completely collapsed in the wake of a global zombie apocalypse. Families are fragmented and have lost touch with each other. Desperate survivors exist in a virtual war zone where the worst of mankind have become just as lethal and cold-blooded as the flesh-eating monsters who also inhabit it. Trust isn't easy in such a world. Trust might even be impossible. But sometimes trusting someone with your life becomes the only means to survive. What choices will lone survivors be forced to make? And what is the fate of two abandoned children who have become the focus of a desperate search? Will greed, treachery and betrayal ultimately dominate a world of the undead, or can there be any hope that some good still exists?