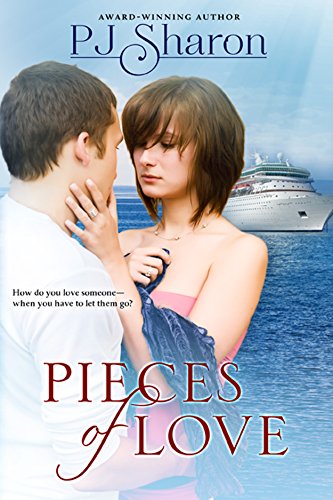 about this book: In the wake of family tragedy, bad girl wannabe, sixteen year-old Lexi Hartman is up to her ears in trouble and struggling to hold on—to her freedom, to a past that haunts her, and mostly, to the loved one's she's lost. When she's shipped off to spend the summer with her estranged grandmother, Lexi is forced to confront her issues or end up in juvenile detention. Could meeting eighteen year-old Ethan Kaswell, a stranger on a cruise, be exactly what she needs to find her way?

Visiting such ports as Portofino, Palermo, and Rome. From the Greek Islands to Tunisia, and Barcelona to Dubrovnik, you'll see the sights and walk with Lexi as she learns about herself, her family, and what it means to love someone—even when you have to let them go.

This story came to me while I was on a Mediterranean cruise in 2011 with my mother-in-law. The trip had its challenges, but with visits to fourteen ports in seventeen days, it was also the journey of a lifetime and I knew it would make a great backdrop for a story. Since I write for teens, I kept thinking, what would this trip be like if I were sixteen? Viewing the experience from that lens made me appreciate it even more, and Lexi's story was born.

Coming up with an engaging story premise that has enough internal and external conflict to carry a full length novel is always a challenge for a writer. Fresh ideas are hard to come by, so I wanted to tackle a topic that would be important and relative for teens. Marijuana use doesn't seem to be addressed much in literature and it's such a common issue today that it seemed like a good time to bring it out in the open. Lexi's pot habit gets her in big trouble, but worse, is her attitude that as long as she isn't drinking or doing hard drugs, it's no big deal. Her sister's accidental alcohol overdose and her father's death after a drunk driving accident have her believing that the use of weed is the far lesser of two evils. Her habit stems from trying to escape the pain of her sister's death, but she learns that the only way to deal with it is to stop trying to hide from it. As with all of my stories, I try to keep an open mind, leave judgment for the reader, and portray both sides of an issue with honesty and integrity while sharing the wisdom of my own life experiences.

Another escape for Lexi is her music. She plays guitar and sings, but lacks the self-confidence to perform in front of an audience. To bring that gift to light, I wrote a couple of songs for her and added them into the book. One of the songs was titled, Pieces of Love, which is where the title of the book came from. I even professionally recorded it! You can find it on i-Tunes or listen to part of it in the book trailer on YouTube. I hope you enjoy Lexi's journey. Bon Voyage and happy cruising!