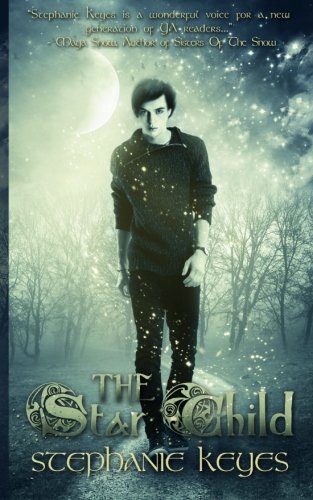 about this book: • Hi Stephanie! Would you tell us a little bit about yourself?
Sure. My name is Stephanie Keyes. I write YA for YA readers and for those of us who will eternally be YA. I'm a mom, a wife, a book addict, a gadget freak, and love of breakfast foods.

• Do you have anything you would like to say to your readers?
I've been fortunate enough to meet and interact with quite a few readers and potential readers in the promo stage for The Star Child and it's been great. There's something about the YA audience in general, that makes it wonderful to interact with. If you're new to my work and The Star Child, then I hope you'll check it out.

• When did you realize that you would like to write and publish a book?
I've always had this in the back of my mind, on an informal bucket list so to speak. However, I never took it seriously until I got the idea for the book. Then there was this little voice in the back of my mind saying "Hey, this could be what we were thinking about…". I just rant with it and whenever; I decide to do something, it's important to me to follow through.

• Can you tell us a little bit about your book The Star Child?
Definitely! It's about Kellen St. James, who turns eighteen years old on the day of his graduation from Yale. He's on the field for graduation and gets pulled through a portal into a dream that he's had every night since he was six years old. That was the year that he met Calienta, the beautiful little girl that he thought migh be his only friend.

Now, eleven years later, she shows up, telling Kellen that he's part of a prophecy that involves saving the world from darkness. In no time at all, Kellen finds himself on the run and involved with Calienta in a way that he never has before. Will they make it in time? Will they end up in love? Read and see!

• Which came first for you, the characters or the plot?
In this case, Calienta was the first character that I thought of. After that I sat down to write her story and the first thing that came out was a prologue with Kellen meeting her when he was six years old.

• Where can we purchase The Star Child?
It's available from Amazon, Barnes and Noble, and through the Inkspell Publishing website.

• Can we expect more novels from you in 2012?
I just finished book two in The Star Child trilogy and am working on editing it now. It continues the story of Kellen, Calienta, and Gabe. It's entitled The Fallen Stars.