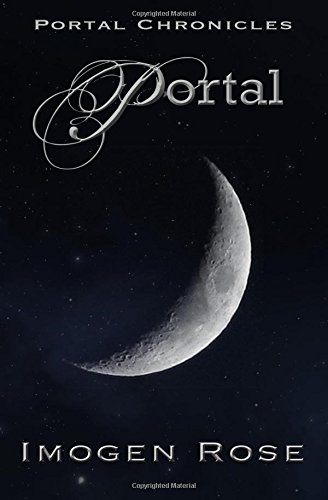 about this book: Imogen Rose is the author of the bestselling series, Portal Chronicles, which has attained cult status within indie literature and become a favorite among teens and adults alike. An immunologist by profession, Dr. Rose published her first work of fiction in 2010. She now writes full time and is currently working on her second teen series, Bonfire Chronicles. Imogen was born in Sweden and has lived in several places, counting London among her favorites. She moved to New Jersey in 2001. A self-confessed Hermès addict, Imogen freely admits to being obsessed with Kurt Cobain. She enjoys shopping, traveling, watching movies, and hanging out with her family, friends, and Chihuahua.

"When I published Portal, I was required to put it into a genre. So, I looked at similar books and decided that YA would probably be the most appropriate grouping as the main character is a teenage girl. However, Portal also has a strong older cast who drive the story. Without Rupert and Olivia, there would be no Portal.

Once I published the first book and reviews started coming in, I quickly realized that the book appealed to a wider audience than anticipated. I had somehow managed to cross a variety of genres. Terry Goodman (senior editor at Amazon Publishing) wrote, "I think it has a very clever hook and plays so well against a variety of genres — YA, fantasy, romance, sci-fi. It's a very tough balancing act to walk the tightrope of so many genres without slipping up on one of them, but I'll be damned if you didn't pull it off with aplomb."

PORTAL is the story of the repercussions of Olivia Darley's attempt at creating a perfect world for herself and her children. Arizona's quest for answers threatens to undermine the seemingly perfect world that her mother has so carefully constructed.

PORTAL is the first book of the Portal Chronicles. Fans of time travel, romance, and the supernatural will enjoy Arizona's quest for answers.