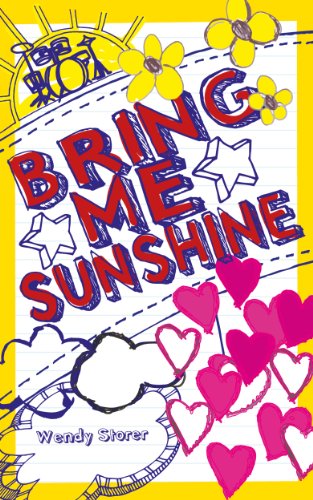 Fifteen year-old Daisy lives with her ex rock star Dad and little brother Sam, and she dreams of being a rock drummer. She hasn't played her kit much lately because Dad doesn't like the noise. He's a bit forgetful too, and does embarrassing stuff like wearing his pyjamas all day, having conversations with the TV and wandering off in a world of his own. And all this is taking its toll on Daisy's friendships and her school work, and her dreams; none of which seem to exist anymore.

And then Dylan Bell moves back into town, an old friend who also has a dream. He's learned the guitar, wants to make music with Daisy and has signed them up for the Battle of the Bands. With a light shining once more on Daisy's dream, she looks at her past and her future for a solution, but ultimately realises that everything she ever dreamed of is in the here and now.

It's set in the town of Kendal, in the beautiful Lake District of England, and I was inspired to write it when I found out how many young people are forced to care for a loved one and what they sacrifice in order to do that. The title is a bit of a dig at Kendal - where it rains sooo much! - and it's also a metaphor for happiness. I want people to love Daisy as much as I do, because she gives so much to the world and makes it a better place by caring, but I want people to know that in order to be happy, they must also be true to herself.