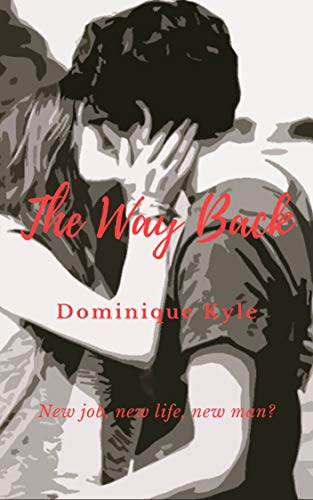 Book: The Way Back (Not Quite Eden Book 6) by Dominique Kyle

about this book: The first thing that I want to make clear is that this is not a 'stand-alone' book. This is the final book of a six book series about F2 Stocks racing driver, Eve McGinty, and wraps up a lot of loose ends. You need to have at least read book 5 'Purgatory is a Place Too' to be able to follow it, as a significant section of the story is taken up with Eve having to give evidence as a witness in the trials of the men that were arrested the previous year for grooming teenage girls in her home town for under-age sex.

Eve McGinty, has found her way into the UK based Williams F1 Grand Prix engineering team. As an intern, she has no defined role, and has to negotiate a professional middle class ethos and set-up that she hasn't been used to in her Northern working class background. She is here to learn how to design elite cars, but the management seem more interested in using her to rehabilitate their rookie reserve racing driver Nish Gilbraith, whose manager father has just died, and who is suffering from Glandular Fever. Eve desperately wants to be taken seriously on the engineering front, and feels that this use of her time is a denigration of her abilities, and is frustrated that they're not moving her around the departments as they had promised to when they took her on this internship. Then Nish disappears... and Eve ends up in desperate danger trying to find him.

I was attracted to placing Eve in the Williams F1 team, as it is co-directed by Claire Williams, and they were willing to take on Susie Wolff as a reserve driver when women drivers in F1 were unheard of... and I felt that Eve McGinty would be welcomed there and feel at home with such an equal-opportunities vibe going on. The more I researched the team the more of a fan I became, and I am now an avid follower of all their forays onto the track. I also think the ground-breaking aerodynamics work their Engineering department did with the British Paralympic cycling team, needs a shout-out.

I was a bit anxious about having to portray real living people in the series, so need to make it clear that everything that takes place in the Williams Factory, and in the Williams team is entirely fictional and a figment of my fevered imagination...