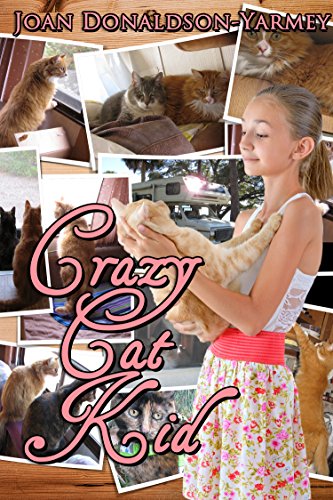 about this book: How would you like to be stuck camping with your parents and four cats for three weeks in a motorhome? To make things worse you are camping with a bunch of people who you don't even know. Fourteen-year-old Lilly Thorton finds out how boring it can be, boring that is, until she meets Jesse, the Metis son of one of the others campers. They enjoy each other's company and Jesse helps her deal with the fear of fire she has had for three years.

The idea for this book came about after my husband and I spent ten weeks travelling through the United States with four cats in a motorhome. The title comes from the nickname Lilly's school mates gave her because of her love of cats. She owns four rescue cats herself and has helped find homes for other abandoned and lost cats. The cats in the novel are based on the cats I own and that is them on the cover. Like Lilly, I love cats.