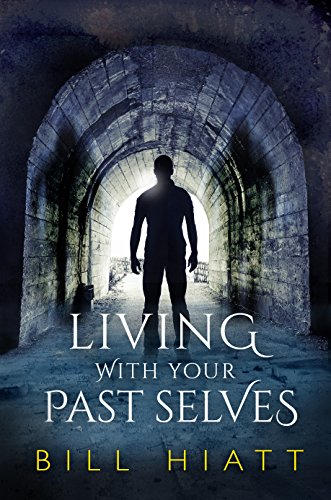 Book: Living with Your Past Selves (Spell Weaver) by Bill Hiatt

about this book: I have always thought I was the type of writer who planned meticulously before writing, so it is ironic that Living with Your Past Selves, my first published novel, began more or less by accident. I set out to write a book about Greek mythology--my students hate the current one we use. I planned on creating a frame story in which high school students are reviewing for mythology test by telling each other the myths. I created Taliesin Weaver for a surprise twist--a high school student who was a reincarnation of the Taliesin in the King Arthur stories. (The ancient Greeks didn't believe in reincarnation, but the ancient Celts did.) Gradually the other students would realize Taliesin could retell those myths a little too well, and at the end of the book they would guess his secret.

Well, the mythology book never got written, though I may tackle it some day, but I became fascinated by the character of Taliesin Weaver. How would a teenager who could remember his previous lives, including one at King Arthur's court, function? Could he fit in? Would he feel like an outsider? What unique problems might he have? What advantages? I quickly realized a novel could be built around such a character. However, a novel would need a conflict, and not just an ordinary high school one, but instead something related to Taliesin's past. The myths about him led to an obvious possibility, and Living with Your Past Selves was born. From there I kept asking myself what Tal would do at each phase of this evolving conflict, and I found it surprisingly easy to let the plot grow organically from the character.

I ended up having great fun writing this novel and hope that you will enjoy reading it as much as I enjoyed writing it!

Video 1: Something You May Not Know
Video 2: Living with Your Past Selves (Spell Weaver) by Bill Hiatt