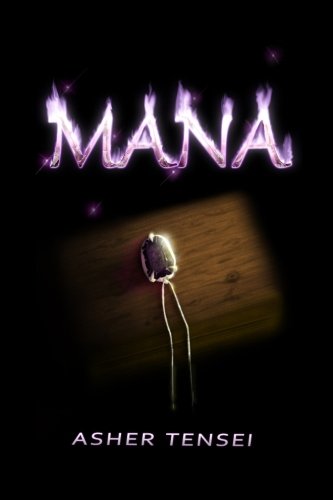 about this book: Mana, my first published novel, is a book that really spoke to me personally...almost as if it kept telling me to write it. Mana, by term, is the Pacific Islander view that all things consist of this energy that can't be seen, except by those who can see it.

I wanted a book with rain and lots of forests. Twilight took Washington, so after some intense research. I ultimately decided that Roanoke, Virginia was my ideal setting! Then after finding the setting, I quickly figured out that I could play off an old piece of history, which set the foundation of the book. So though the book is Young Adult Fantasy, this could easily label it as Historical Fiction.

Mana is captivating and unique, as well as an enthralling addition to the young adult and fantasy genre. See what readers are saying!

• "Brilliantly written, with imaginative prose and characters that leap off of the page, this debut novel is not to be missed."

• "Asher has written a wonderful beginning to a fantasy series! In this first part, he develops his characters and sets the tone for the rest of the series."

• "A must read! Really really great book! The story plot, the creativity, all of it is simply amazing, even more so for a debut book."

Mana is the start of a revolution and would love if as many people as possible join in!