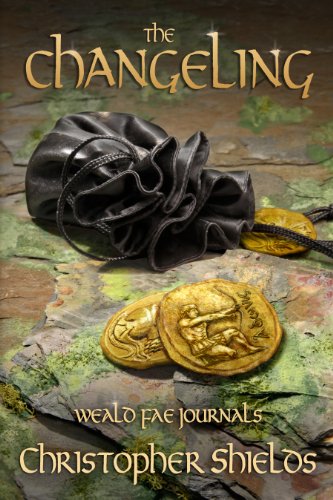 about this book: Maggie's saga continues. In THE STEWARD (Book 1), Maggie passes the four elemental trials, and learns that she may become the first Maebown—a human capable of creating the fifth element, Aether—in more than two thousand years. The news is unwelcome, because, as Maggie discovers, the existence of a human Maebown is an ominous sign of impending global catastrophe. It marks the existence of a Second Aetherfae. Only two Maebown have ever existed, both came into being to counter the threat of a Second. The leader of the Seelie Clan, Ozara, has faced the challenge of a second Aetherfae before, but she could not defeat the powerful rival alone. Maggie learns that both times a Second had appeared, only the added power and the ultimate sacrifice of a Maebown could destroy it.

THE CHANGELING (Book 2) begins after Maggie has escaped with her life from a trap set by the Unseelie clan. She learns that the Unseelie Fae have kidnapped her brother, Mitch, and exchanged him with a Fae Changeling. The Unseelie give her one option to get her brother back: agree to leave the Weald and have her memories of the Fae erased. Maggie is torn between saving her brother and remaining in the Weald, becoming Maebown, and potentially saving the human race. As she races to accomplish both, she discovers a horrible betrayal that turns her world upside down.

THE CHANGELING, the second of four books in the Weald Fae Journals young adult fantasy saga, further expands on how the Fae have blended into the real world. In THE CHANGELING, my readers learn much more about the Fae and Atherfae, and they are introduced to one of the original clans: the Ohanzee. radical departure from classic pan-Celtic fairy lore, The Ohanzee are an ancient but lively clan and really give the story depth. They are the Original Fae clan, settling in North America before even the Sidhe of Ireland. I had a lot of fun with the Ohanzee, tying in Native American legends of the Thunderbird, Sasquatch, and other elusive and mythical beings. I believe the readers will enjoy this fresh perspective. I'm in the midst of writing the third, THE AETHERFAE, which is planned for release in the summer of 2013.

Currently, I have a total of four books planned for the Weald Fae Journals. I am a university professor, so with my teaching schedule the third and fourth books will keep me busy for the next year. They promise to be extremely exciting, and are sure to engage readers who seek an epic fantasy adventure. Afterwards, I'm considering a number of projects in the fantasy genre, and some outside that genre. I have no shortage of ideas and writing for me is about escapism, so I can't imagine ever stopping. Readers can expect not only the continuation of the Weald Fae Journals but even more exciting series in the future.