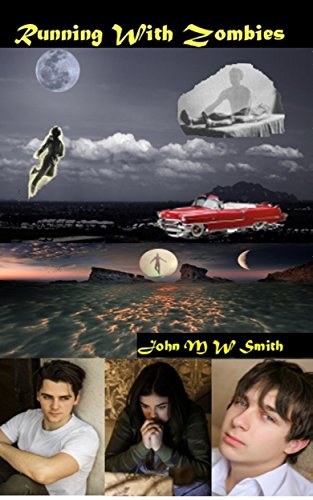 about this book: This is the second book featuring Matt Black in the Sandy Brown/Matt Black series of four books for young adults. Matt is still recovering from the horrific after effects of a series of most traumatic events in his young life--- events that most grown-ups would never have coped with so successfully. But they have taken their toll on him as a human being. He is now world-weary and cynical way beyond his young years, and has ceased to believe in anything any more. Is this the end? Matt asks himself. Is his life over? Is the world nothing but a vale of tears? What is the point of living if bad stuff always keeps happening to you?

Alone at home one night, he is suddenly confronted by another lad of his own age ... and if Matt thought that what he had been through so far in his life was hard, he gets the shock of his life as he begins to discover the problems that Mel, his new friend, is grappling with. All because Mel has one very special ability---an ability that he hates, as it has done nothing but bring tragedy and unhappiness into his life.

Against their will, Matt and Mel have to leave immediately on a journey across the country. They are being pursued by a ruthless trio of very weird mercenaries. And they have to find the mythical village of San Stephan, not only to escape the mercenaries, but also to bring an end to Mel's suffering. What's more, Matt experiences an epiphany in San Stephan, so profound that he realises how precious his life really is, and why he is so fortunate in being alive. From being fed up of life, Matt becomes eager to make a go of it once more as he comes to realise just how very lucky he really is.

It occurs to me that we live in an age where atheism is on the rise. Technology is developing in leaps and bounds, so fast that it makes one's head spin faster than a touch-screen under a handful of jittery fingers. It is really so sad that no one seems to believe in anything any more, and so many people are of the opinion that as long as you can get away with it, then it is all right. That getting caught is a hazard that one has to expect in an age where everyone seems to want everything right here and now, with a minimum of effort and hard work. So what is there left for young people to believe in? Is there really anything such as true happiness? Where can it be found? Have Matt and Mel come any closer to finding out the answers to these questions by the end of the story? This is something that only you can decide!