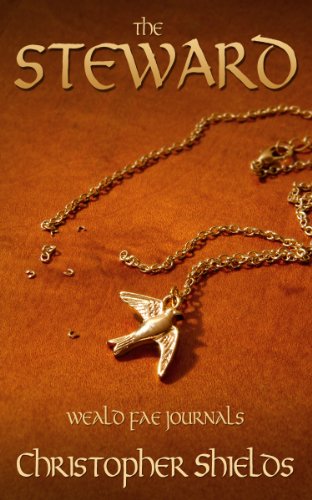 about this book: For over five thousand years, the two most powerful Fae clans have fought to determine the fate of humanity. The Seelie clan stood in support of human life, while the Unseelie clan sought to cleanse the earth of what they considered a pestilence. Two thousand years ago, the Seelie prevailed for the second time and saved mankind from annihilation, but only after a human, a Maebown, sacrificed himself to defeat the leader of the Unseelie Clan. When the Fae wars ended, the Seelie forced the remaining Fae into obscurity and left the physical realm to the dominion of humankind. By the twenty-first century, the Seelie have become disillusioned with human stewardship of the world, and the once vanquished Unseelie have expanded their ranks and are fiercely determined to finish what they started. One person stands in their way.

Sixteen-year-old Maggie O'Shea has never met an immortal, never heard of the Aetherfae or elemental trials, and she doesn't know anything about the ancient conflict between the Fae clans. All that changes when Maggie moves with her family to Eureka Springs, Arkansas, an eclectic mountain village with a colorful past. Like most humans, she doesn’t believe in fairies, Fae, and doesn’t believe they exist. She promises herself that she'll do her time in the "sticks" and return to Florida as soon as she can, resolving not to grow attached to Arkansas or the people who live there.

Maggie's plans begin to unravel when her eccentric aunt reveals the existence of the Fae and tells Maggie that she is to become a Steward—a liaison between the Fae and the human race. Despite her desire to return to Florida, she reluctantly accepts her new role. Her life is thrown into a tailspin when she learns that she may be the first Maebown in more than 2000 years, thrusting her into the center of the ancient Fae conflict. Maggie must fight to protect her family, herself and the fate of the human race.

THE STEWARD, the first of four books in the Weald Fae Journals young adult fantasy saga, stands apart from other young adult fantasy stories because of the concept—I wanted to create a world in which the Fae could blend with the real world, one in which folklore and legend could seem absolutely real to the reader. I spent the summer of 2010 researching Pan Celtic faery lore (as well as Native American legends, and many similar stories from dozens of other traditions) before I developed the "Fae" for my book. I pay tribute to those legends, having a little fun with them along the way, and try to craft a world that readers will simultaneously recognize yet find intriguing and fresh. In the first book, readers are introduced to that world. They'll get a taste of it through Maggie as she discovers the truth about the Fae. Throughout the series, she and readers will discover the depth and breadth of the Fae realm and the conflict that threatens to consume human and Fae alike. The second book in the series, THE CHANGELING, is also available on Amazon.com, and I'm in the midst of writing the third, THE AETHERFAE, planned for release in the summer of 2013.

Currently, I have a total of four books planned for the Weald Fae Journals. I am a university professor, so with my teaching schedule the third and fourth books will keep me busy for the next year. They promise to be extremely exciting, and are sure to engage readers who seek an epic fantasy adventure. Afterwards, I'm considering a number of projects in the fantasy genre, and some outside that genre. I have no shortage of ideas and writing for me is about escapism, so I can't imagine ever stopping. Readers can expect not only the continuation of the Weald Fae Journals but even more exciting series in the future.