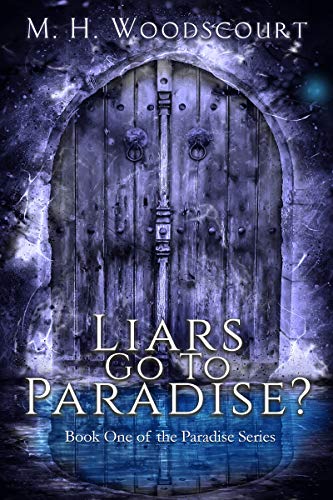 about this book: LIARS GO TO PARADISE? is the first book in the Paradise series, a young adult portal fantasy with a heavy emphasis on character development, humor, and zany adventures.

Jason "Key" Sterling, a high school senior with a penchant for lying, ends up out of his depth and out of his world when a classmate shoves him into a puddle...and Key wakes up in a world deceptively called Paradise. Now he's caught in a game of tug-o-water with the quirky and deadly natives; some who want to use him and others who want him dead, dead, DEAD! Is this a dream? A hallucination? Or is Key really in a world where prophecy claims him a hero meant to save the inhabitants of Paradise from an agonizing death? And does he even care?

Begun as a high school writing assignment, years later the Paradise series turned into a madcap adventure, at first meant to break up my writer's block by disregarding all potential limitations...and then mutating into a labor of love whose characters made their own rules and taught me that, given the chance, anything and anyone can come alive. LIARS GO TO PARADISE? has its own soul, and I'm proud to share that soul with the young, brave, and quirky at heart!