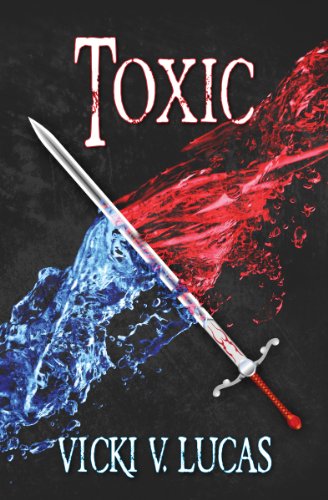 about this book: The world of Eltiria is falling into decay while disease from the water kills thousands. People disappear and leave no trace. The king is overcome with grief over his lost son and no longer cares about the calamities facing his people. There is one who promises to restore life, but Kai doesn't know if the promises are true. Stinging from fresh grief from the death of his sister, he is determined to save his family. Torn from them, he battles to return and save his little sister from the same death. Lizzy travels to a nearby city for safety, only to be caught in danger. Running for her life, she must find a way to reunite her family as she is thrown into choices that lead her further away from what she wants. Taryn knows it is his destiny to save the world through magic. But his beliefs are challenged as he is thrown into this adventure with Kai and Lizzy. Guided by a mysterious Winged Horse, they discover that the world is not what they thought and everything they believed was wrong. The race to save the world begins as they journey toward salvation or death, but can they know what is toxic before it is too late?

I was inspired to start writing fast-paced, action-packed fantasy that showed God's truths by my nephew who is a nonstop reader but can never find enough wholesome books. My hope is that this story will appeal to anyone who loves a good adventure. While it is considered Young Adult because of the age of the main characters, my readers so far have stretched from ages seven to ages 75.

This is what a few people have said about Toxic. "Where many fantasy novels rely on magic to save the world, this one does the exact opposite. A fast paced read with well thought out characters and back history - It was enough to keep me up till 2 am reading it!"

• "This book is truly "Toxic" to dark forces, magic and all that is evil! The world I entered in the book was enough like this world that I could identify and even though I'm NOT a teen I became so immersed in the character's lives that I found myself wanting to pray for them."

• "Toxic does not disappoint. I was thoroughly intrigued from the first sentence to the last period, and wished it was longer."

• "I had a hard time putting the book down. Each chapter brought more adventure. I was sad to finally come to the end. Looking forward to reading more in what I hope is the next book."