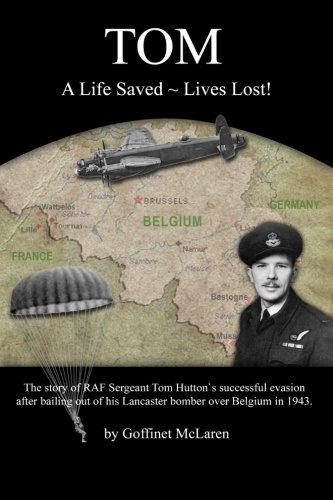 about this book: In the middle of the night you bail out of your stricken plane over Nazi occupied Europe during WWII. You don't know if you've landed in Germany, or somewhere else. A local farmer comes along. He doesn't know if you are a Nazi, posing as an Allied airman; You don't know if he is a member of the Resistance who might help you.

Later, hiding in a Resister's safe-house, imagine your fear at the sound of Nazi jackboots marching outside the home. And feel the Resister's fear for himself and his family that the dreaded black car will pull up to the front door and the Gestapo will step out to search for evaders.

These were some of RAF Flight Sergeant Tom Hutton's experiences, now told by his daughter Goffinet. And almost seventy years later, Goffinet learns the full story of The Village Priest who was instrumental in her father's escape, and why she is reminded of this priest every day of her life.