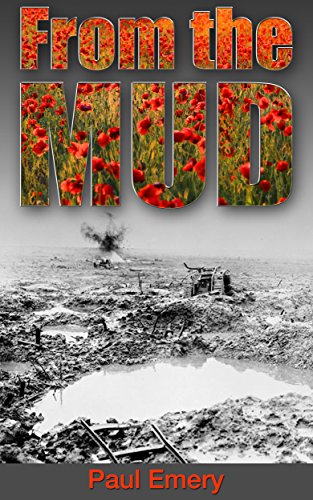 Book: From the Mud by Paul Emery

about this book: There is no question that the 100 year anniversary of World War One set me thinking about my second novel, rather a departure from my first (Sci-Fi). I had a concept in my mind which involved a key moment featuring a pillbox. When researching this novel, I came across an attack by the First Battalion, Royal Hampshire Regiment at the Battle of Broodseinde (part of the infamous Battle of Passchendaele) where they had problems with German pillboxes, so plot met history perfectly.

'From the Mud' is written in the first person, as an elderly Albert Slater remembers back to being a young English soldier, plucked from rural village life to the mud and horror of the Great War. He documents his journey through training, to his first action at Broodseinde and then for the remainder of the war.

He then recants his return home and his constant battle to try to forget, yet remember his fallen friends. Can he build a life which they would be proud of?