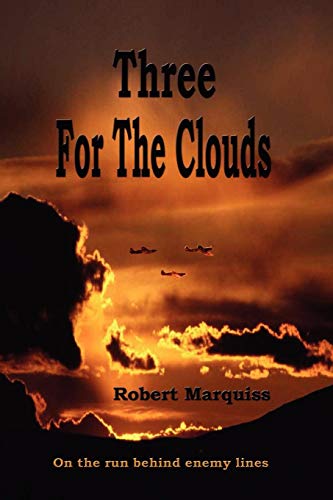 Book: Three For The Clouds by Robert Marquiss

about this book: If you are into world war two stories and want an exciting fast moving World War 2 novel read this book!

Captain Masters is on the move, September 1942, in the Pacific, deep in enemy territory. These were desperate times needing desperate measures. Men were cast in the throes of battle against a very well trained and formidable opponent, hoping to come out alive. After an arduous bombing raid that dealt heavy losses, Masters and his two other pilots were on their way home; they found they had no place to go, their carrier was sunk. Thinking quickly, Captain Masters devises a plan to make a 1500 mile trek through enemy territory to Australia.

It took me a year and a half to write it. I did do some research on this piece of work.Without me knowing it my stepson bought it and wrote me an e-mail saying "When I read your story I felt like you were right there telling me the story." I felt like telling him "That was me last life time"