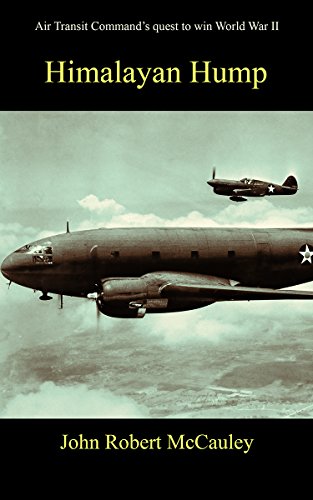 about this book: This story is a riveting look into the private world of the Air Transit Command in World War II. The Air Transit Command started out as a rag-tag operation supplying cutting-edge planes, life-saving equipment and weapons to the African, Asian and European battlefront. The machinery to keep the Command running smoothly reached from the desktops in Washington to elephant trains in Assam, India, to the mounted police on Artic patrols and the tribesman of Central Africa. The Air Transit Command was always ready on the shortest notice to swing a concentration of planes to a new front, and do this without disrupting its regular service. This story chronicles the life of a baseball player, who loved flying high up in the sky, that swapped his flannels for khakis as an air transport pilot during World War II. He and his co-pilot, Bud, who are brought together in wartime and form an unbreakable bond, take the reader on a harrowing life-or-death journey to faraway places in a war-ravaged world, where they are exposed to the cold reality of survival and the gruesome truth of war. Follow their adventures through the surreal world of war. They learn that being a pilot in war wasn't nearly as much fun as they had envisioned. This journey will curl your hair and send your chin into your Kindle while the events of World War II unfold.