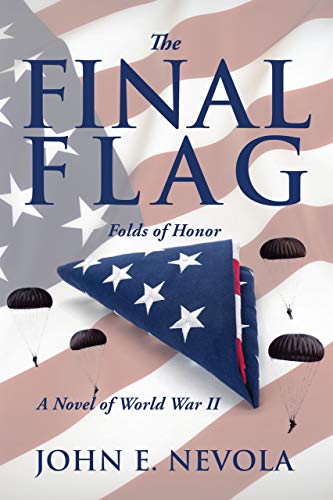 about this book: Sergeant First Class Dylan West is a combat veteran and the Non-Commissioned Officer in Charge of the Sentinels at Arlington National Cemetery. At a chance meeting in a military hospital with a World War II veteran, he volunteers to find out what happened to seven missing soldiers from the War. Was it because his own father was among the missing in Vietnam? Did his duty and daily proximity to the Tomb of the Unknowns motivate him? Whatever compelled him to make the deathbed promise, he knew immediately he was in over his head. He solicits the assistance of retired journalist J.P. Kilroy and his partner Cynthia Powers, who has connections at the Department of Defense. All they have to start with is a list of names.

To make matters worse, the United States Army refuses to officially participate in the investigation. Combat veteran Captain Madeline Custer, an investigator with the Department of Defense Prisoner of War/Missing Personnel Office (DPMO), volunteers to join the search on her own time. She also has her own personal motivation unknown to the other three. With the assistance of Custer, they begin what seems like a hopeless mission to locate and identify the remains and properly honor the missing soldiers while giving closure to their families.

Their first surprise is that a few of men on the list survived the War. It would be a place to start. Another oddity is that the list contains mostly second-generation Italian-Americans. Some of their parents were arrested, interred or forcibly removed from their homes. Over 10,000 women and children were uprooted and ordered to vacate the California Exclusion Zone. All "enemy aliens" had to carry special ID cards and were subject to curfews and surprise searches. Private property such as fishing boats, cameras, radios and flashlights were confiscated without due process. Curfews caused many immigrants to lose their jobs. They endured these indignities and degradation while their sons were fighting and dying overseas for the country that was humiliating their parents and their heritage.

The four volunteers narrow the investigation to two independent parachute infantry battalions with troubled reputations. They uncover a potential conspiracy and possible cover-up along with the taint of ethnic discrimination. Their search takes them back to the heated hell of the African desert to the rain-soaked muddy hills of Italy to the snow-covered mountains of the Maritime Alps in France and finally to Belgium and its freezing deprivations in one of the coldest winters in European history.

They discover the hostility directed toward the Italian-American Paratroopers as well as the enmity leveled at the two embattled battalions. They uncover shocking evidence of the contemptible treatment of these two combat units at the hands of some of the highest-ranking officers in the U.S. Army. The paratroopers were frequently sent on impossible missions without adequate support or training in which they suffered tremendous casualties.

My inspiration for this book was to both honor our World War II heroes and bring to light the discrimination suffered by Italian-Americans during the war. It took 7 years to properly research and write the book including the discovery of difficult-to-find government documents. A major theme of the book is to honor the fallen and that informed both the title and the cover.