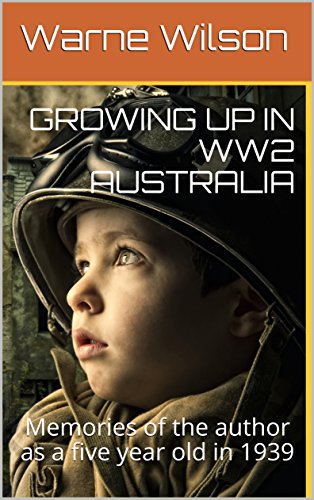 Book: GROWING UP IN WW2 AUSTRALIA - Memories of the author as a five year old in 1939 by Warne Wilson

about this book: GROWING UP IN WW2 AUSTRALIA, a story which will interest youngsters, those interested in family relationships, and the life of a small boy during what was to him, an exciting time.

When my family suggested that I should write my memories of a long and eventful life, I thought I would start with this;

I was five on the first of September 1939 when war was declared, old enough to soak in all of the things that changed around me. Petrol, groceries, meat, and clothing were rationed, sweets disappeared from the corner shop, and all kinds of imported goods became scarce.

I was the fourth of six brothers in the family, Dad was the town's wireless man and Mum had been a teacher. Dad ran the transmitter at the town's radio station, 3BA Ballarat, which was 4 miles out of town, and each morning he would back the 1934 Dodge out of our narrow drive to start the transmitter at six am. He had a small allocation of petrol coupons because his was an "Essential service" but it wasn't long before he built a gas producer, a large sheet-iron box which burned charcoal and fitted it to the back of the Dodge. The blackout started and air raid precautions vehicles patrolled the streets looking for offending lights.

As I wrote the memories came flooding back, and I had no trouble in describing a way of life which is now long gone; the "Milkie" who came around each morning in his horse-drawn cart to dip out fresh milk from a large can; The grocer who came into the kitchen for his order on Monday mornings and delivered it to the kitchen table in the afternoon; "Jimmy" the Chinese market gardener who, without scales, doled out generous handfuls of peas and beans from his horse and cart.

Many of my schoolmates' fathers were called up, and thinking about it now, their mothers would have lived from day to day not knowing if their husbands were alive; the financial stress must have been extreme as they fought to keep the children fed and clothed. Measles, mumps, whooping cough and chicken pox were rife and the doctors were kept busy. At school, we stuck paper tape to the windows in diamond patterns, and working bees of fathers and big brothers dug slit trenches around the school ground. The Americans came to help our soldiers turn the Japanese advance back in New Guinea and I describe the effect of thousands of well-dressed soldiers camped on our parklands and billeted in our homes.

I pictured the scene in Ballarat's main street on VJ Day, the day Japan surrendered and peace was declared. Crowds gathered amid cheering, and dancing, church bells ringing, tram bells dinging, car horns tooting and noise of all sorts.

I was very young but my memories of that time are very real, in my mind, they remain clear; in colour and 3D. 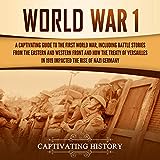