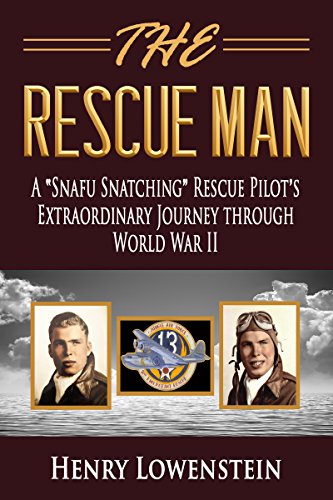 Book: The Rescue Man - A by Henry Lowenstein

about this book: Formally endorsed by four-star General (Retired) Robert H. Reed, THE RESCUE MAN masterfully presents the story of a World War II-era rescue pilot, First Lieutenant Bud Hayes, and the rescue squadron he served in, which daringly and heroically saved the lives of over seven hundred downed airmen during the war. This extraordinary and unique story has remained largely untold… until now. In addition, THE RESCUE MAN tells the interrelated broader story of major pre-, mid- and post-World War II events occurring in the U.S., Europe and the Pacific. In other words, in THE RESCUE MAN, Word War II's events help tell the story of Bud and his rescue squadron, and Bud and his rescue squadron's events help tell the story of World War II. The book, in taking this approach, is noted by one of its five-star Amazon customer reviews as being "both a great piece of history and a remarkable story." Thanks to Bud and his rescue squadron over seven hundred men returned home from war with the opportunity to start families and pursue their American dreams. Will Bud also come home?