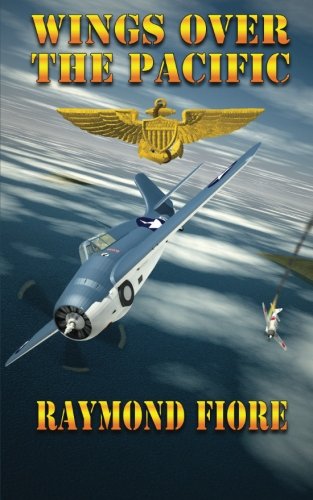 Book: Wings Over The Pacific by Raymond Fiore

about this book: A World War II novel dealing with American and Japanese pilots and aircrews. Follow Dan Kelly, Navy fighter pilot, who finds out that he craves the excitement of aerial combat, despite the dangers. Jim Slater, Marine Corps pilot, put on the ragged edge of the front lines, trying to blunt the Japanese onslaught. Takeo Tanaka, Japanese torpedo bomber pilot, has a front row seat to the largest battles of the war.

Anyone interested in the PTO of WW2 or aviation combat books/tv programs, will enjoy this book. I've been interested in the subject since childhood and became a fan of W.E.B. Griffin's books as an adult. The 3D cover was created by myself in 3dsmax.

This is a work of fiction set in a world of fact. While not a history book, I have strived to be historically accurate whenever possible. I have included historical figures, but their interactions with the story's characters are fictionalized. I hope I have found the proper blend of fact and fiction to make this an enjoyable experience for the reader.

Video: Wings Over The Pacific Trailer