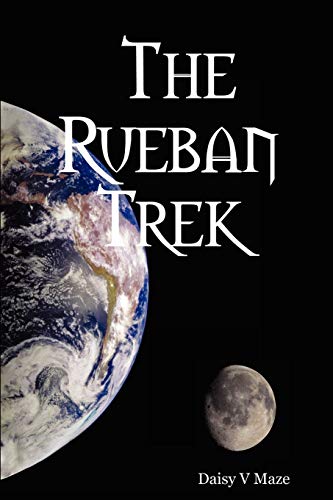 about this book: This was one of the first books I was serious about writing and have always enjoyed it. My son-in-law, Robert gave me the idea for the title. I made a lot of mistakes in editing it in the beginning, but I learned a lot by writing it. I discovered how much I really loved writing. This book can be read by young audiences as well as adults. Since I couldn't afford to pay for a cover it was picked by the publisher.

• Description of book
The Reuben Trek is a fictional but chilling tale of a family's desperate flight from a world careening out of control. It all begin with the comet followed by changing weather patterns. But, insidious changes had been going on for some time, lulling the public into a deadly slumber. When an asteroid suddenly appeared, it was too late to reverse the changes. Nothing would ever be the same again for the earth and it's inhabitants again. All they could do now, was to take flight. But where could they go? Some fled to the hills, hiding in caves. One family that had fled their homes was soon visited by a strange man, speaking prophecies of coming disasters upon the Earth. Although none took him seriously, things began happening that caused the family to realize that maybe he was right. It seems that all is lost when nuclear war clouds loom on the horizon and there is only their faith to keep them safe.