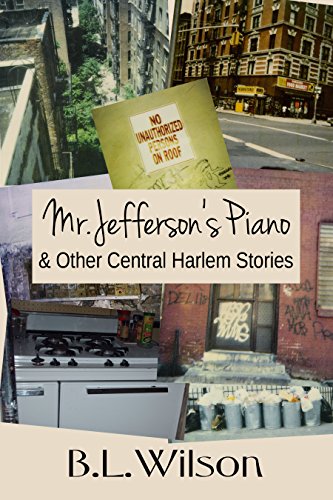 about this book: From 1978 until 2014, I worked in a New York City agency responsible for providing affordable housing to low income residents. The housing stock we managed and provided to low-income tenants, became city owned as a result of landlords walking away from dilapidated properties they could no longer afford to own. When landlords abandoned their occupied properties that meant tenants and supers were left to their own devices to provide essential services like electricity, water, hot water, heat, repair leaks, clear stoppages, making cosmetic repairs such painting, plastering, repairing locks and windows.

Tenants in abandoned buildings also provided their own security to prevent drug dealers and/or squatters from breaking into vacant apartments and basements, as well as to prevent thieves from stealing heating systems, fuel and pipes throughout the buildings. One would think with all the problems, that tenants would run away from their building just as their landlords had done. Most tenants would have left if they'd had some place better to go. But go where was the question and the dilemma?

When I first started collecting information to write this workplace memoir, I did it because it helped ease my anger. I felt so helpless and hopeless as I tried to improve tenant living conditions. I'd make a repair here and something else there would fall apart. When I asked the suits and 'stuporvisors' for help, I'd get looks of disbelief or outright refusals. I thought I'd go crazy the first year I worked for the city. I didn't understand the system or its language and how to use it correctly. By the second year, I'd learned the appropriate lingo; how to use it; and the games people played within the system. By the third year on the job, I'd finally learned how to use the system to help me. I'd learned how to go around it if I had to and still make it work for me.

I felt a burning need to write a tell-all book to expose all the horrid events I'd experienced while trying to improve peoples' lives. I thought: I'll show those sons of suits how to do things right. I'll expose all the ills within system that chewed up new, idealistic managers like me and spit them out like so much waste product. Now the ball was in my court. I was going to force the system to change because I was going to expose its dirty, uncaring, racist underbelly.

Then a funny thing happened. The longer I worked the job and didn't allow the job to work me, I began to enjoy my new found knowledge and the power it gave me to get things done. Exposing my agencies wrongdoings didn't seem nearly as important as getting work done that actually improved living conditions for tenants. I realized it was far more important to write about a job that was changing so rapidly, I was afraid I might be obsolete within the next year or so. When one of my favorite role models died, I felt a deep urge to put fingers to keyboard and write what I experienced as a newly minted NYC property manager until I retired thirty-plus years later. I knew if I didn't write about the job I did fulfilling my duties as NYC real property manager, nobody would.