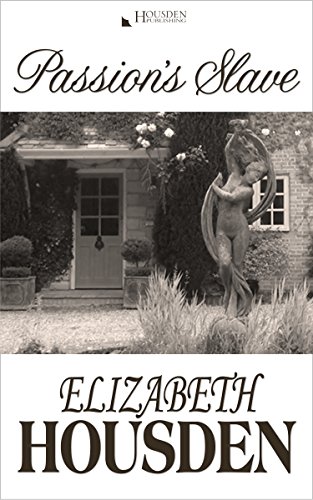 about this book: You never know who you are going to meet at a smart dinner party. When recently divorced Thea Beresford, up in London for a few days from her home in the country, baby sitting her father's cat, she finds herself next to a man whose name she vaguely recognises. Charles Farrant, personable, clever, cultivated and with a wicked sense of humour, is the chairman of an international bank and is one of those City people of whom even the general public has heard. She is intrigued by his conversation and swiftly drawn to him. It is mutual. In a whirlwind of increasing attraction, over the next few days he takes her everywhere - cocktail bars, the opera, dinner in the finest restaurants the capital has to offer and finally to his beautiful Regent's Park home where he cooks her supper, and Thea's head is spinning. Within days of meeting, they become lovers.

They have children, four between them, she has three, two sons and a daughter. He has one, Florence, who Thea swiftly realises when she meets her, is a child from hell. To keep Charles, Thea knows this jealous, possessive little monster must be coped with, placated and controlled. Watched by friends, family and business associates alike their affair blossoms and for the first time in his life, Charles is in love.

But Charles has a secret. Known for his straight dealing in business the world over, when he very publicly refused to back the business of Henrietta Munro, one of the most famous women entrepreneurs in the world, shockwaves reverberated through the City. What did Charles know about her that others don't? Suddenly, she is blackballed wherever she goes. But what Charles did not know and discovers too late, this ace businesswoman was an old school friend of his adored Thea. He will move heaven and earth to keep that secret from her, but Henrietta has other ideas and revenge is her first priority. And that revenge is an unusual one and... deadly...

The title of this novel, Passion's Slave, comes from a speech of Hamlet's. He is expressing a wish to his friend Horatio that if he, Hamlet, didn't care as much as he did, life would then be so much easier for him. The main male character in this story of duplicity, love and vengeance had, up till he met Thea, been such a man that Hamlet wished he was - cool, dispassionate, in charge. But loving Thea changes him and, like Hamlet himself, now knew what it is to be "passion's slave". This speech was, indeed, my inspiration to write this book but there was more to it than that.

Although an actress by profession none the less the realm of international finance and its dealings is one with which I am completely familiar for my husband of over thirty years is a City man! None of these characters is taken from life, they never are in my novels, only a taste of the City is here and, I hope, real. Those who work in that world who have read it say the flavour is indeed truly represented. Inspiration for books comes from many sources - chance remarks, conversations overheard on Tubes and trains, locations, you name it but this story simply grew quietly in my head, thinking of both Hamlet's crie de coeur and my husband's world and how I knew very well not all these men and women are the monsters they are made out to be en masse in the press! Charles Farrant is no saint, it is true, but he is most certainly not a devil either. Some readers do not like him, but most do. I wonder which category you might fall into?

Other readers clamour for a sequel to this book. It is suggested by the ending. I might be persuaded if enough people asked it of me... Maybe...