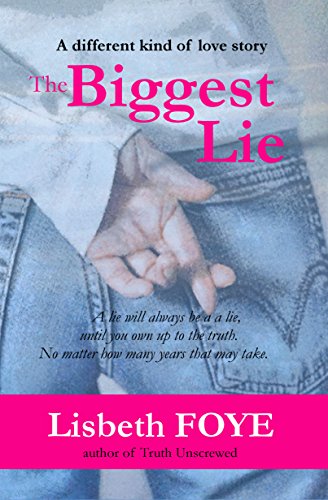 about this book: In 1976 Lana Milton is 23 years old, living in liberal Holland and hasn't a clue what it feels like to commit to one special person. Being "In love" is not something she yearns for and her choice of scurrilous boyfriends prove to be a frequent cause for concern to her best friend Tess and from which, Lana learns that her judge of character needs to be improved.

When love does eventually catch up with her, she finds that it isn't what the books and films portray, it isn't an ordinary relationship; there are boundaries and secrets which she finds hard to endure. For several years it continues until Lana comes face to face with the truth of their actions, she is the only one who can make a choice.

In 2012 Lana Milton is nearly 60 years old, living in a small village in England. Her life over the past 30 years has been turbulent, annoying, somber and enlightening and through it all, the only man she has ever loved, remained a constant, giving her strength when others tried to whip it from her.

When fate swerves, full circle into her life, Lana's head is full of doubts and queries but her heart and soul know that fate always appears with good reason.

The Biggest Lie is a story spanning nearly forty years, the life of Lana Milton is no ordinary existence, she lives it with a feeling that she has never quite reached that point where she should be. That is, until the inevitable happens, showing her that even late in life change can come to spin your world around, whisk you up and start all over again.

Lisbeth Foye was born in York, England and spent many years travelling, and working, in Europe before returning to England where she now lives in Cambridgeshire.

Reading books has been the one thing in her life which has never wavered. Like many writers, she started writing stories when she was in primary school, it's been a glowing ember inside of her, the one thing she yearned to be was a writer, and now her debut novel The Biggest Lie has been published it has encouraged that ember to burst in to flames.

Lisbeth wrote each character into the book so that they would come across strongly, that each personality is evident and the reader will get to know them personally, to recognize who they are by the way they speak and act in the book.

Lisbeth wants you to become friends with each character; loving, liking or despising them, she wants you to cry, laugh and recognize the situations in the book with those mirrored in your own life or that of someone you know.

When you read the final page, she wants you to feel mixed emotions; hope and faith for the future, joy at those you have come to know and forlorn at the thought of leaving that world, closing the covers of the book in which The Biggest Lie is set.

Lisbeth is currently working on a sequel to The Biggest Lie which should be available in the spring of 2014.

A personal note from Lisbeth Foye:

If you've read The Biggest Lie and you enjoyed it, would you take a moment to leave your comments on Amazon (and any other site you visit) – this is a great marketing tool to get the word out there for Indie writers and, at the same time, it fills me with a glimmer of joy knowing I'm communicating with you in a very special and lovely way.

• "A fantastic read, I loved every minute of it, and I was sorry that it had to come to an end -it's a tale of the life and loves of the main character as a young English woman working in Holland, through the Far East to end up in America. A good mix of happy events with a few weepy sections as well - if I could give it six stars I definitely would."