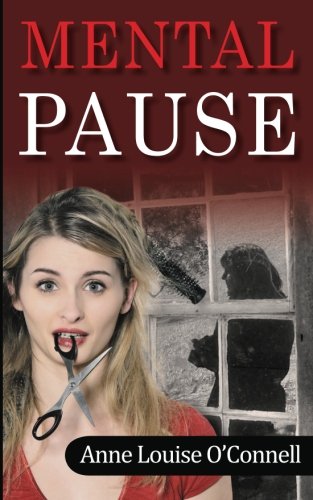 about this book: Abbie Slocum was a happy-go-lucky wife and mother of teenage twin boys... Well, some days were tough with typical teen angst but for the most part, she was content. That is, until her 'change' blind-sided her and the mood swings, night sweats and paranoi began. Reeling from the peri-menopausal alter-ego that was about to take over, Abbie seeks solace with her best friend Rachel and new-found pal, the wild and sensual Joan. The girls' late night antics are fun and frolics at first, until Abbie wakes up one morning with a post party haze that won't quit, followed by an escape across state lines and a warrant for her arrest that stuns Abbie's family (especially her cop husband) and Abbie herself. Is she guilty of murder? Will she plead temporary insanity?

I was inspired to write Mental Pause after a particularly sleepless night lying in a pool of sweat with crazy thoughts running through my mind. I did what any writer would do... I hit the keyboard to hammer out the mad-ramblings of a peri-menopausal woman and then decided to turn it into fiction so I could have some fun with it. My primary readers are women (of course) who have been through 'the change', are in the throes of it or who are approaching it. Their partners and younger family members might get something out of it too.

I wrote the book during NaNoWriMo 2011 so I guess the first draft took 30 days to write. Then I took the next year to send it around to my critique partners and do some serious editing. The title was a no-brainer as a play on words for menopause. The simple fact is that sometimes you feel you're going mental (at least I did). The cover design was a little more difficult to finalize. It's pretty serious subject matter but with a slightly humorous twist at times. Fortunately, I had a very patient designer who kept sending me options until we settled on the cover you see now.

The process of writing Mental Pause was very cathartic for me since no matter how bad my symptoms were, Abbie was having a much harder time of it! I did do research to confirm the medical issues surrounding extreme menopause and if there were actually 'experts' in the field as well as research on the physiology of it and the various treatments. I also researched the legal issues addressed and court proceedings to ensure believability and accuracy of the courtroom scenes.

I hope people enjoy reading it as much as I enjoyed writing it. The response has been so incredibly positive that I'm feeling inspired to get working on my next novel, which is well underway.