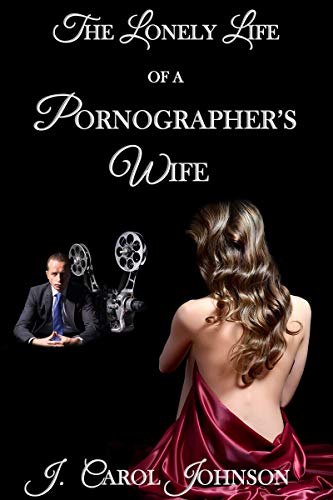 Book: The Lonely Life of a Pornographer's Wife by J. Carol Johnson

about this book: (Great for readers who enjoyed The Godfather and Fifty Shades of Gray.)

She had no idea that her new career would involve pornography, mafia and murder.

In 1973 Carla found work with Roy, a wealthy movie theater owner. She redecorated several of his theaters in original designs. While working together they found love and then got married. Her work was admired by the boss a powerful pornography mafia. And then his wife hired Carla to refurbish their Hollywood mansion. There, she met other lonely wives of high-ranking men in that mafia.

When Roy joined them he became involved in more pornography, parental child abuse and murder. He drug Carla into that dark, criminal element with him. Carla loved Roy deeply but finally had to escape his deceptions and control. She found comfort and love in another man, a cop who set his sights on her husband.

Unable to cope with that dangerous underworld, Carla's mind gave way to a breakdown when Roy turned against her in uproars. Doctors feared the loss of her sanity while an wealthy secret admirer loved her from afar with his hands tied. But who could save Carla from Roy's rampages? Perhaps a judge would step in to curtail him.
Or did Roy just dig her grave?

This story is based on actual happenings, but don't tell anyone because some of those men are still functioning and may turn on me. I've wanted to write this many years ago but was afraid until it all came to me in a dream. It was as though God was giving me the thumb's up. And with God before me who came be against me? The story is partially meant to revel how men use women to make big money for them and then cast them aside when they're done with them. I was one of those women; Carla.