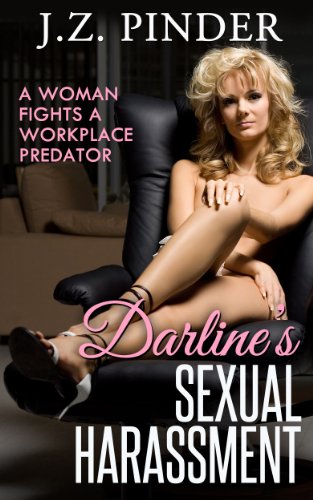 about this book: I lived in an era when sexual harassment in the workplace was rampant. It inspired me to write this short story which depicts one woman's fight for peace from unwanted male advances in her workplace. After reading the story, many women feel that Darline is a real hero for her courage.

Darline Flowers, a charming blonde in her late twenties, anxiously awaits a job interview with top executive Earl Brumbach. What Darline doesn't know is that Brumbach has a notorious reputation of longstanding sexual harassment involving many female employees of Maximus Food Products. He has been reprimanded several times by company president, Clayton Weimar, to "keep it in your pants, Earl." The company's top executives look the other way under the "good ole' boy" rule of male domination, all too common in the corporate world of that era. Brumbach is a ruthless, out-of-control, sexual predator and Darline is applying for the position of his Executive Secretary. I am sure you will like the exciting climax to this tale of harassment.

Other books by J.Z. Pinder (more)