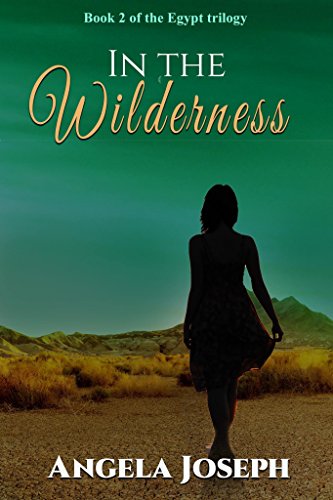 Book: In The Wilderness - Book 2 of the Egypt series by Angela Joseph

about this book: What causes some people to view suicide as the ultimate solution to their problems? Especially someone who is a Christian. As the author of In the Wilderness, the second book in the Egypt series, I wrestled with this question even while I was writing the book.

My protagonist, Marva, tortured by guilt over killing her father - an unsolved crime - longs to unburden herself. But June, her younger sister, makes it more difficult for Marva by insisting she not confess to the police or to Cicely, their surrogate mother, because she does not want to lose Marva. Feeling increasingly hopeless, Marva sees suicide as a way to spare June the shame that will follow when the truth is revealed.

At the time of writing, I had not done any research into the possible correlation between childhood sexual abuse and suicidal ideations, but I had come across many suicidal patients with whom I worked in behavioral health who had been sexually abused as children – women as well as men.

But In the Wilderness is not just about suicide. Like its prequel, Coming Out of Egypt, the dark matter covered in this book is offset by the exotic setting of Trinidad and Tobago – you will want to visit after reading - the one-sided romance between Marva and Jason – he loves her, she sees him only as a friend – crazy, giddy teenage love affairs and so much more.