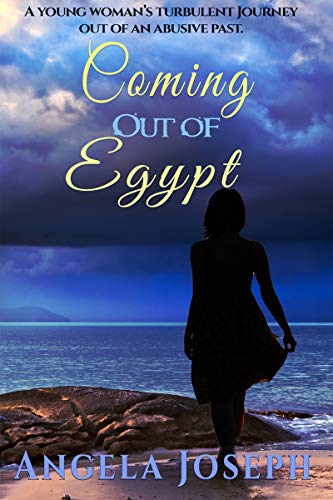 Book: Coming Out Of Egypt (The Egypt Series Book 1) by Angela Joseph

about this book: Although written from a Christian perspective, Coming Out of Egypt deals with a very sensitive topic that is hardly ever mentioned in church – sexual abuse. In the book, two sisters, Marva, seventeen and June, thirteen, struggle to forge a new life for themselves after Marva accidentally kills their father. The girls' mother died a year earlier, and with both parents gone, the girls seek refuge in their aunt's home, but, of course, they don't disclose their ugly secret.

Hoping to stay there until she can decide their next move, Marva is stunned when their father's body washes up on the beach near their aunt's home. The police rule his death a homicide. This event throws the girls' lives into even greater turmoil than previously. Marva now has to try to elude the police – the detective suspects her – take care of her rebellious teenaged sister, and hold down a job in a man's domain.

As a teacher, I encountered two sisters who, it was rumored, were being sexually abused by their father. Sadly, nothing was done about their situation, at least not while I was at that school. Years later, as an occupational therapist, I discovered other young women – and men - who suffered the same fate and who continue to bear the scars up to this day.

My goal in writing this book is to rewrite the stories of those two sisters in the school where I taught. To transform, through the pages of this book, their sad, hopeless expression into one as happy and carefree as that of girls their age. To inspire hope in victims of sexual abuse that they too can "come out of Egypt," that place of bondage, and see themselves as God sees them – loved, worthwhile and free.

But Coming Out of Egypt is not only about emotional upheaval. The book's exotic setting, Trinidad and Tobago, lends itself to many rich cultural references, the romance is sweet and heart-stopping and the redemptive theme "unfolds like a tropical flower and releases its scent all around you," according to one reviewer. It is my wish, dear reader, that this, my first novel, will mean all that to you and more.

Coming Out of Egypt is the first novel in the Egypt series. The second book In The Wilderness is now on preorder.