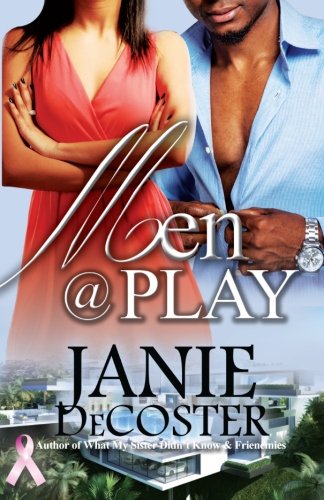 about this book: Men@Play tells the story of Donavan Lattimore and Winston Taylor, best friends. They both are highly successful men who believed they could do anything. And for years they had. But now their dirty deeds are coming to the light. Donavan, played the game well. He was the captain of his high school football team and went on to play professionally. He was accustomed to the finer things in life and that included the string of women that flowed his way. No one said the word 'no'to Donavan lattimore and no one ever would...until now. Winston Taylor on the other hand is just as successful. He too was very popular in high school and shared the fame in his own career in football. He too made it to the NFL and enjoyed a wonderful life. But like they say money can be the root of all evil and so can entitlement. Will Donavan and Winston be able to salvage their marriages and everything they built or watch it all come tumbling down? And more importantly, will both men learn a valuable lesson and get the help they both need?