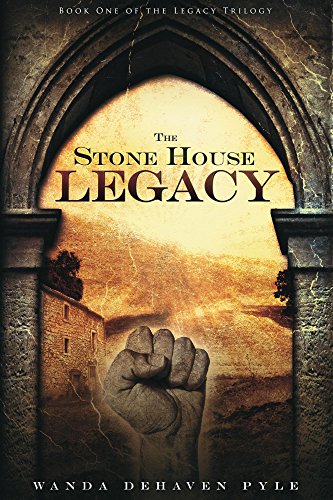 about this book: The Stone House Legacy is a thought-provoking yet evocative portrait of a society in flux during a time of social change. Set in the birthplace of the John Birch Society during the turbulent years of the early 1960s, The Stone House Legacy reveals mankind's stubborn inclination to repeat the mistakes of past generations. It will certainly stir up feelings for anyone who lived during these times.

The reader experiences the tension of the times even though the characters are geographically removed from much of the action. This is accomplished by using actual historical events as a backdrop for the action. The focus here is not on the political aspects of the plot, but on the characters' reactions to these events. For example, the assassination of President Kennedy was an event that affected the entire nation regardless of political, ethnic, or religious beliefs. Taping into those feelings that everyone experienced in some way, helps the reader to connect and identify with the characters.

The anchor for this fictional narrative is not a person, but a stone house in Indiana. A hundred years prior to the events of the narrative a diary was written, the contents of which mirror in some respects the feelings of Tessa, the wife of Simon, a minister desiring to use the house in modern times as an ecumenical base, a Center For Leadership and Understanding. He envisions a new order of religious and cultural tolerance that he believes is paramount to world peace and understanding. Unfortunately, there are forces working against him who see this as a threat to their way of life and a direct link to communist thought.

The Stone House Legacy successfully weaves a controversial time in American history with an intimate story of the people it affected. It will elicit many different reactions, but it will certainly keep the reader engaged until the last page is turned.