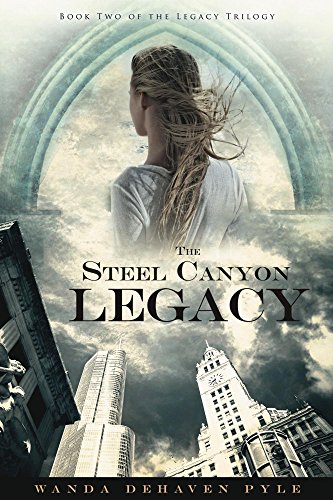 about this book: Something was terribly wrong in the 1970's. In some ways the decade was a continuation of the 1960's. In other ways, however, it was a repudiation of all that gone before. The American character had changed. For Tessa Kingsley and her family it was a decade of tears and triumph.

For many women, this change in viewpoints created a conundrum regarding long-held beliefs about a woman's role in both the home and workplace. They were caught between their desire to nurture and create a safe haven for their families and the desire to move beyond the confines of a life centered only on home and family. As they stepped forward into this new role, many were hindered by their own naivete regarding the politics and difficulties of surviving in a world that had previously been restricted to "men only." This is the feeling I have tried to capture in The Steel Canyon Legacy.

Finding herself alone and responsible for her two sons and an aging mother, Tessa must navigate her way through a world filled with fragmentation and skepticism. As a woman reentering the workforce, she finds herself facing the same kind of discrimination and lower wages that many women faced during this decade.

Tessa's journey takes her through the glittering nightlife of Miami, Chicago, and Las Vegas. She soon finds herself drawn into a world of drugs, gambling and mob vengeance before she finally finds the strength to break free. In the process she also discovers her own sensuality and individuality. It's a legacy she will pass on to her children in the years to come.

The Steel Canyon Legacy is a gritty and poignant reminder of a lost decade. It is filled with passion and intrigue, and the divergent story lines will keep the reader guessing until the very end.