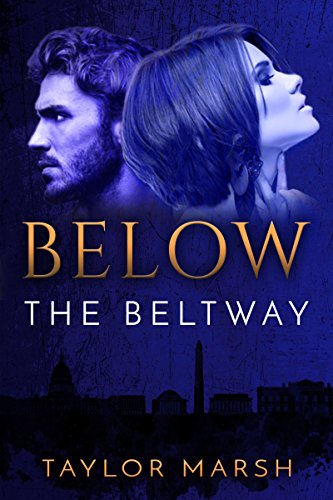 Book: Below the Beltway by Taylor Marsh

about this book: The thing that inspired me most to write "Below the Beltway" was that after foraging around in the "romance" genre, I felt 30-something strong, single women were being virtually ignored. Everyone wants to write YA romance, which sells, while in comment sections across Goodreads & Amazon, I read a lot about women wanting romance revolving around women in their 30s and beyond. It's a very defining time in any woman's life, especially if she chooses to be single into her thirties. Women in their twenties can learn valuable lessons from my book too.

I spent over 10 years working in the dating, relationship, and sex worlds, which became research into understanding the changes that had taken place between men and women that are still in flux today. The advice I've given over the years is relevant today more than ever, which is woven into this very modern book.

It began in the early 1990s at the LA Weekly, the largest alternative newsweekly at the time, where I was their Relationship Consultant (my actual title). I tutored and worked with women on how to find the exact man they want, including "arrangements," and created the very first "alternative personal ad" sections for LAW, before jumping online in 1996, when online dating caught fire.

My work expanded when I became one of the first editor in chiefs writing about sex, and politics, at the moment the new media era and e-commerce collided in 1997. We were featured in USA Today, the front page of the Wall Street Journal, because it was an all-female company (only 1 man), who had beaten the boys at e-commerce.

The most difficult part of writing "Below the Beltway" was that it was my very first foray into fiction after 3 non-fiction books (two published by Open Road Media and Padaro Press). It is my first self-published fiction, a feminist romantic adventure in a world besotted with YA titillation.

As for the cover, I knew the feel but it was very difficult to find a photo that represented what I wanted, which included the spectacularly beautiful region where the book is set.

This book was a labor of love and risk, which will give women a whole new way of thinking about their own strengths, as well as what it means to be "equal" in a relationship that works. There are happily ever after endings that don't include marriage, but do offer partnership, satisfaction, and thrilling adventure!