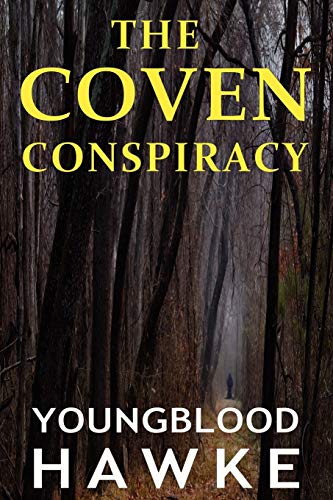 about this book: Sutters Hamlet, North Carolina – an ideal place for Joanna Crawford, a harried New Yorker, to recharge her energies and do some serious painting in the old backwoods cabin she had rented. But wasn't it strange that the villagers were so unreasonably hostile, that there was all this talk about witches and witchcraft? Even the one friend she was able to make, himself an "outsider," wrote books on legends and folklore.

All her overtures toward friendliness were rebuffed – and then it started. First there were those hooded, black – robed people who circled the cabin. Then there was the voodoo doll she found impaled on her bed – with her own hair on its misshapen head. And then there was the mysterious painting with suddenly appeared, and which looked different every morning. Finally, there was the story of the witch who had once lived there, who was able to turn herself into a fox – and who looked so much like Joanna.

Overriding her terror was the sickening realization that the villagers believed her to be the daughter of the fox – witch, and that they planned to kill her. And, the only way Joanna could escape from their mass insanity would be to prove that she was indeed a witch.

HAWKE is:
..."a wonderfully twisted contortionist of the mind"...Claude Bouchard....author of VIGILANTE and ASYLUM

NOTE FROM THE AUTHOR: The Coven Conspiracy was inspired by a story told to me by my ex mother-in-law, and which I believe to be true. At least I believe she believed it to be true. As a child growing up in rural England in the early 20th century, there was an old woman who lived alone in the forest and whom the residents of my mother-in-law's village believed to be a witch. My mother-in-law said that twice, while playing in the woods near her home, she saw the old lady begin to change shape. Once, she said, she witnessed the completion of the woman shape-shifting into a fox. Is this story true? I believe I was told the truth as she believed it to be.