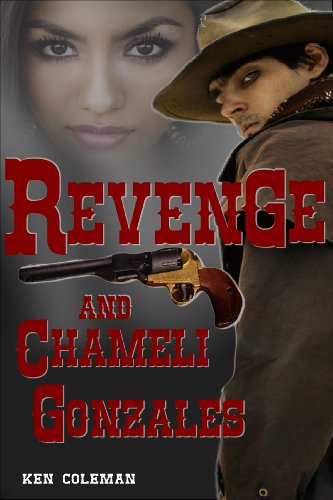 about this book: This is the story of a man's epic search for the savage outlaws who killed and defiled his family, leaving them to die a slow, painful death. The story covers a period of many years and a distance of thousands of miles before it comes to a bloody and tragic conclusion. It is essentially a love story set in the brutal and savage lands of the Wild West during the post, Civil War years.

I was inspired to write this book because of the many Western books that I have read that are not authentic and don't give the readers an insight of what the real west was like. I hope this novel goes a long way towards addressing that. I tried to capture the authenticity of what life was like after the Civil War and the hardships that were born by the survivors. The book is aimed at both, readers of historical fiction, especially fans of the old west and romance. There is a love theme running through the story that covers many years.

The book took me around a year to write because of all the research that went into it. I wanted to make it as historically authentic as possible. Because the book is about revenge, it was easy to come up with the first part of the title. However, I wanted to show on the cover, that there were two main characters, so I added the name of the hero's love interest. I chose her name because she was raised by Cheyenne Indians. The name Chameli is Cheyenne for flower. Her father was Mexican, hence Gonzales. The main picture on the cover is the man seeking revenge for the slaying of his family. The girl's face is something he cannot get out of his mind even when they are apart for many years, thus the ghostly image. The gun depicts the violence of that era.

The most difficult part about writing the book was the research. I wanted to make it authentic but being English, I have not travelled America extensively although I have been to California, Nevada and Colorado. Therefore it took many hours of trawling books and the internet in order to get the facts right.

I would just like to say to anybody who is a fan of Western novels, to give this book a try, you might be pleasantly surprised. Although it is a love story, it is set against a back drop of violence and death, but with a vein of compassion and gentleness running through it.