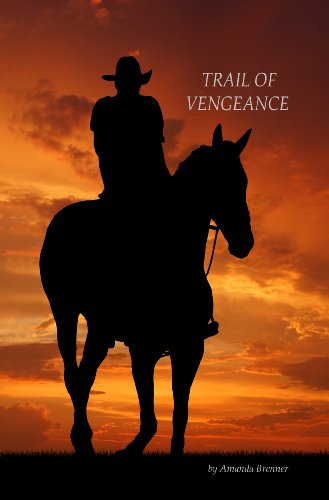 about this book: Trail of Vengeance was my first book and first western. The idea had been rolling around in my mind for a long time, but time constraints did not allow me to follow up earlier than I did. I was intrigued by the idea of an avenger coming out of nowhere to right a wrong, then disappearing, leaving no trace. This was the plan of my character, but, just as often happens in real life, things didn't quite work out the way he planned. When a gunslinger learns that his fifteen-year-old kid brother has been lynched, you know he won't take the news kindly. And Charlie Cross didn't. His intention to take revenge on the posse involved is the basis for the story.

A lot of research went into this novel, from the kinds of guns used in the period to whether or not canned food was available (it was). I think it's a blamed good tale that captures the spirit of the Old West.