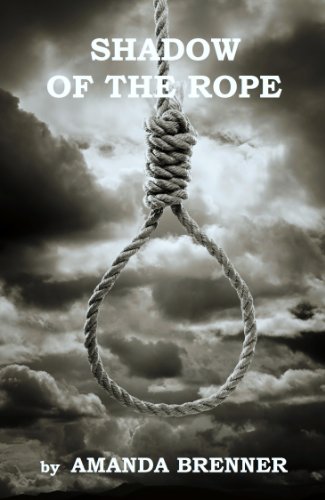 Book: Shadow of the Rope by Amanda Brenner

about this book: Shadow of the Rope is my second venture into the western genre. Once again it involves an obsession with revenge, this time that of a young woman, Charlotte Beckford, who sees the man she is to marry gunned down in the middle of the street by a local hellraiser. She is hysterical and screams that she will make his murderer pay. But Bowie Rayburn is unconcerned, and rides away with her threat echoing behind him, convinced that there are no consequences for him to be concerned with. After all, he tells himself, what can she do? She's just a girl. Just a girl. The story revolves around that girl's efforts to make good on her threat to bring Bowie to justice. To accomplish this, she sends for a detective from St. Louis, and the story continues with his efforts to trace Bowie and turn him over to the law, which is all he planned to do. But as her plan unfolds, Charlotte realizes too late that what she thought she wanted, is not what she wanted after all.

I think Shadow of the Rope is a beautiful story, one that for me was difficult to write and, at times, is still difficult to read. I hope others may be as touched by it as I am.