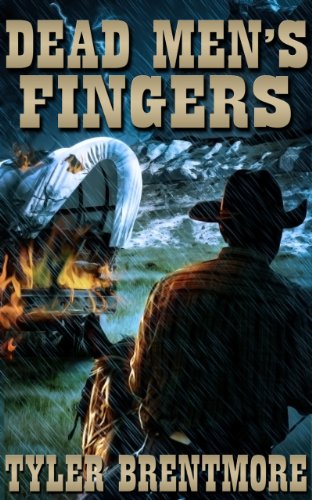 Jed Longman isn't running, he's protecting his young boys, taking them West to a better life, away from where their Ma was murdered while their Pa was… was getting drunk. But all that's behind him now, like the silver star he wore when he was somebody with a name. They're heading West for a new life.

Mrs Harris is heading West to pick up an old life, looking for her husband whose letters stopped and then re-started in another's hand. With her ramrod back and cut-down shotguns, she brooks no never-mind from anyone, including the wagon-master who refuses passage to a woman alone.

Jed Longman won't have her near his wagon, but he's signed articles, and when his boys turn sick he needs to strike a Devil's bargain or risk his boys being turned away, or perishing in the mountain snows.

A Devil's bargain always has its price, and when Jed's past comes to haunt the wagon train the traveler's turn against him and his. Sometimes there is nowhere left to run.