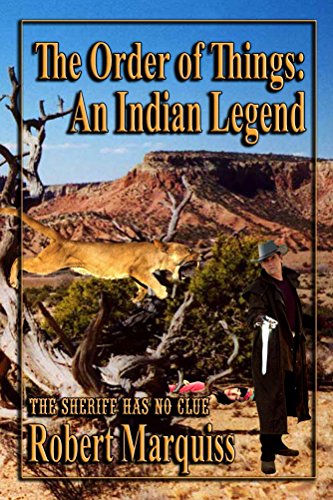 Book: The Order Of Things - An Indian Legend by Robert Marquiss

about this book: Indians have lived in the south west of Northern America for longer than the white man has been on the East Coast. No one thinks that Indians ran across dinosaurs, but I venture to say that they did! I have found that not many people know that tigers, mammoths and other creatures lived in that area in the distant past. There is a museum dedicated to creatures of that distant past called The La Brea Tar Pits. Look it up when you can.

Our story unfolds with a wise old Indian, Raging Bull, who found a boy in the Indian's sacred part of the desert and raised him. No one knew where the boy came from – it seemed that he just appeared. Raging Bull somehow knew that this boy had a secret – a very valuable secret that would change the lives of many. This is the story of the man that mysterious boy became.