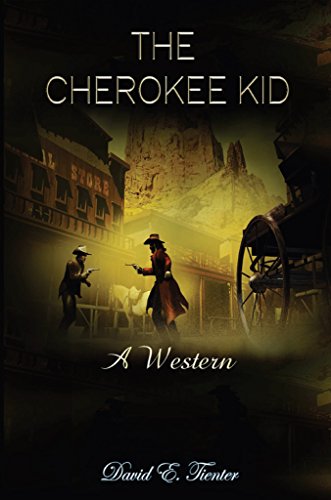 Book: The Cherokee Kid - A Western by David Tienter

about this book: Freedom started for blacks in the West. This was not the same on the East coast. The West helped promote racial equality, significantly.

For too many years, black heroes were shown as white cowboys in TV and movies. As an example, the Lone Ranger, was actually a freed slave named Bass Reeves.

I have always loved Westerns and have wanted to write a Western with a hero saving the town and the widow with a lot of action, gun fights, and one man standing up for that which is right.

The title came from the Cherokee Indians owning slaves. All were freed when the Trail of Tears began; however freedom did not equate with equality. My hero's mother was worked to death by the tribe. He three years old and was raised by Cherokees.

The book took about two months to research and four months to write. Since the hero marries a white woman in the Montana territories, we had to make sure it was legitimate and that inner racial marriages were legal. They became illegal in a bill submitted by Representative King in the 1870s.

There was further research in Inheritance rights and territories. Since women could not inherit in many territories. Montana had an inheritance right of 50% for the widow. This is all brought out in the book's court room scene. My book stresses that freedom had to be fought for by individuals no matter the time or the place.