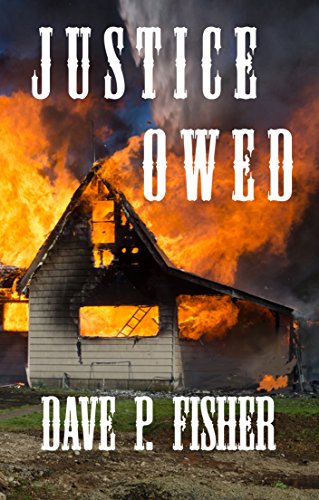 about this book: Sometimes it takes a tragedy to make people realize what they had and lost, what could have been; and then makes them take a good hard look at where they're headed.

When Ryan and Tessa Monroe, two elderly store owners in 1881 Tucson, perish in the blazing inferno of their home it brings their sons, Fallon, Adam, and Cordell back home for the funeral. Fallon, an Austin attorney had estranged himself from the family and the woman he loved. Cordell, the black sheep gunfighter had drifted away. Adam married the daughter of a prominent rancher and became partners in the operation. Petty differences had divided the brothers over the years and now they were brought together to face those differences in the light of their loss.

When it is revealed to them that their parents were actually murdered and the house burned to cover the crime they set out to find answers and open the book on a past they never knew existed and the identity of the man who murdered them.

Setting out to find the man, and render the justice owed their parents, the brothers come to realize that blood is thicker than the differences that had divided them, and the quest brings a family torn by strife back together again.