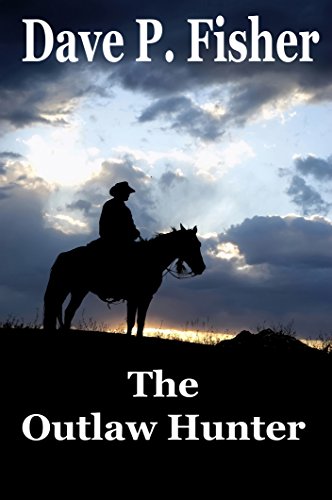 about this book: Eli Warren was twelve years old when he ran away from his miserable pre-civil war Virginia home to find his outcast uncle in Missouri. He found the man his family had maligned and despised who turned out to be a warm and good man who took him in in spite of his ragged and starved appearance. A lesson in goodness Eli never forgot.

As a grown man Eli's trail partner and friend is murdered by a wanted outlaw. From that day on Eli dedicated his life to eradicating outlaws in the West. He didn't see himself as a bounty hunter, but rather a hunter of outlaws, just as some men hunted stock killing wolves, he hunted man killers. His ultimate quest was to take down the Rebel Guerrilla, Jude Parson and his gang of ex-confederate murderers.

His remembered lesson in goodness came in to play the day in Dodge City when he picked up Rob Slater, a starving twelve year old orphan, and took him along. The two soon learned that Jude Parson was their common enemy as the outlaw gang had murdered Rob's parents. Rob asks Eli to teach him the trade so he could one day even the score with Parson. Eli agrees.

Eli educates and trains Rob who grows into a formidable companion to the Outlaw Hunter; however, their lives suddenly change when Eli's brother and wife die leaving their 16 year old daughter homeless. Eli takes the girl along, an action that shifts all their lives into an unexpected direction.

• One of the Best Westerns I Ever Read. All the good ingredients are here. Absolutely fantastic ending.

• Once I started reading, didn't even consider putting it down. It pulled me into the minds and hearts of the characters. It is one I will read again and again.

• Can't give this book too many superlatives. Great story, characters and writing. Fast paced with few if any slow or dull sequences.