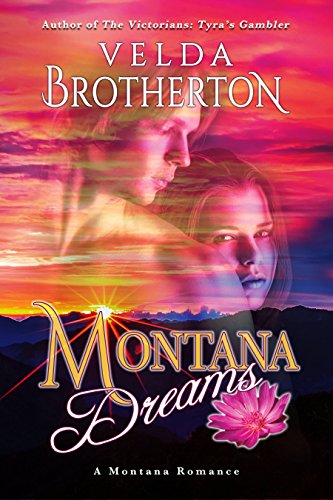 about this book: This is the second book of the Montana Trilogy, and it features Ben Poole, whom readers met in Montana Promises, a man who is happy living apart from life in Virginia City. In Book One, Ben was befriended as a young man by Rose Langue, owner of The Golden Sun.

When Ben discovers Dessa Fallon lying near the doorstep of his remote cabin, he learns real quick that there are some things about the outside world he can appreciate. She escaped from some "ornery yahoos" who robbed the stage and thought it would be fun to take her along on their outlaw trail.

After her parents are killed in a fire, he and Dessa set out on a quest that leads them to Kansas City, then back to Montana on what one reviewer called a "mythical train ride" to find her brother, thought killed in the Civil War, but rumored now to be an outlaw. Mitchell Fallon is the hero of the final book of the series, Montana Destiny.

Writing the Montana series took me to a place I'd always wanted to go, at least in my research, and it wasn't until a few years after the books were published by Topaz/Penguin in the early 90s that I was privileged to visit Virginia City and the gorgeous Big Sky Country of Montana. One reader told me that she felt like she'd gone home when she read the Montana books. She was living in California but grew up in Montana. That told me I'd gotten it right, even though I'd never been there.

It's a pleasure to be able to recreate these books through the Amazon Kindle Ebook program for new generations of readers.